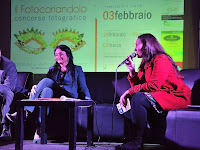 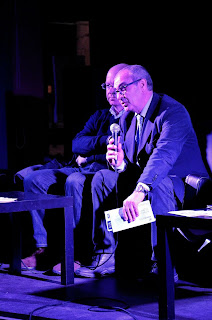 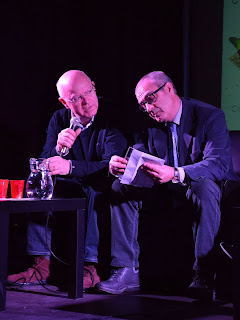 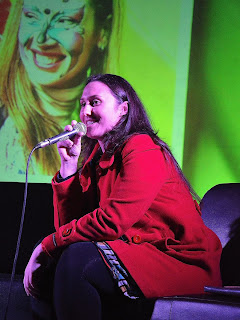 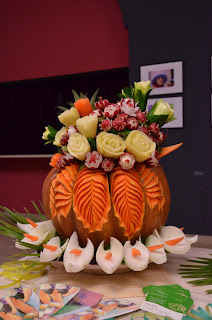 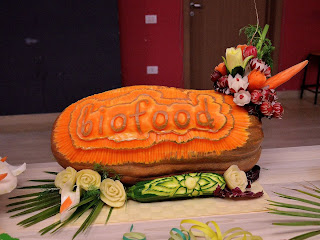 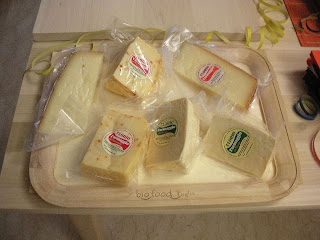 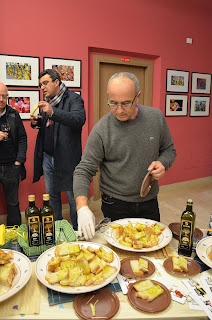 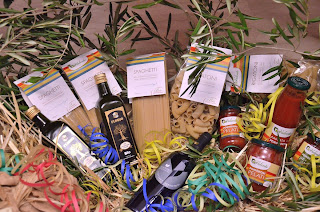 The one in question is S. Antonio, celebrated on the day of the official opening of the Carnival; so he is  associated with  the  way of  saying  "masks and sounds."

In the past, on this day it was usual to lit a bonfire and began the great parades of masked groups, parades that dragged on until the  Carnival top days repeating into  the " Thursday of Carnival " (...Fat Thursday, as we say).

They danced often at home with friends, and it was also in the so-called "socie", rooms equipped with festoons and with music: the masked groups arrived there after wandering in joy through the streets of the city and there were three dances, then they came (making room for others ...) going in search of  another "socia" for another three dances ... and so on! A swirl of colorful masks flooded the streets then, met and made ​​jokes.

It was a custom, that of Thursday of Carnival in the "socie", which unfortunately has been lost with the organization of paid dances in rooms with adequate security measures ... but necessary!

However, despite losing so important moments of our own tradition, even today Dauno Carnival is known, enriched over time by additional wonderful parades and prepared even to the smallest detail.

P.S. For  further enrichment on the day Dauno Carnival .... wait for me! 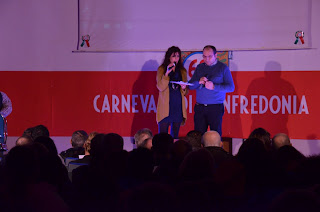 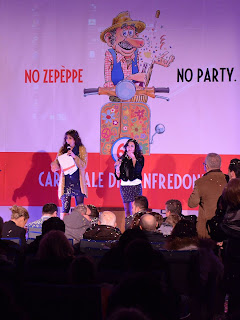 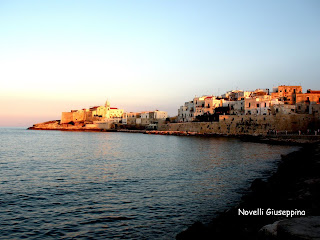 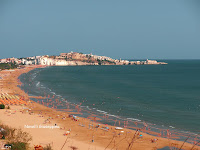 VIESTE is an Italian town in the province of Foggia, about 13,000 inhabitants. It is part of the Gargano National Park.

It 's the most eastern town of Gargano. Stands out from view, after going through the winding streets amongst pine and olive trees, on a rocky peninsula, a white cliff jutting into the blue sea.

There are actually three bays separated by two tips.
TIP ST. FRANCESCO (PUNTA S. FRANCESCO) is to the east, raised and steep: we find the medieval district full of narrow streets, stairways, arches and houses with low doors, the neighborhood overlooking the "Ripa", long balcony overlooking the sea going down to Borgo s. Francesco (where there is the Church of ST Francesco), while in the upper stands the Castle, and nearby, the Cathedral.

In the middle of the small beach of Marina Piccola, in front of the lighthouse, instead proceeding south of  Tip of S. Francis there is a long sandy beach where stands PIZZOMUNNO.

To the west of Tip of Holy Cross stretches from the port towards Peschici, the beach of S. Lorenzo.

A bit of history


Prehistoric man was present in the area since the Paleolithic, as attested by the discovery of rock-cut tombs with grave goods  and of a "dolmen" now destroyed. Here he practiced farming and agriculture. Many coastal communities formed in   housing organizations: this was so the old Uriah, and this, we think, resulting Vieste.

Several were commercial contacts with the East, which led to the Christianization of the people. In the area have been found in fact many early Christian necropolis, including that of "La Salata."

Suddenly there was a period in which the population, for mysterious reasons, left the city. Vieste was destroyed and much of it was covered with sand.
After this "time gap", we find, according to sources, in the tenth century already repopulated, and, under the Byzantine rule, with great prestige. It was connecting bridge with Yugoslavia, point defense and military center of commerce.

When the Byzantine Empire was defeated by the Norman, Gargano was assigned to the Count of Aversa Rainulfo Drengot (in 1045). However Vieste remained Byzantine until 1065, when the Gargano and the same city came into the hands of Roberto Drengot, nephew of Ranulf. There he developed farming and trade (especially the sea), and also built new walls in Vieste, the Castle and the Cathedral.

Vieste later came under the domination of Anjou.
In the course of its history was often exposed to attacks from the sea, the Venetians sacked in 1239, then suffered the Turkish raids. These include the most terrible, that of Achmet Pasha in 1480, and that of Dragut Rais, in 1554 beheaded thousands of inhabitants of Vieste and ordered to destroy and burn the city. The massacre is commemorated by a plaque near the Cathedral at STONE CHIANCA AMARA.

It was later part of the Kingdom of Naples and the Two Sicilies under the Bourbons. But many notables joined the cause of the unification of Italy and paid the price with the death penalty or by imprisonment.
Others fled and founded companies of Carbonari following the ideas of Mazzini. The followers of the Bourbons made ​​various repressions in the blood, even after the unification of Italy. The Bourbon troops now in disarray soon joined the brigands of Gargano which they implemented unprecedented acts of violence, robbery and revenge.

Even the World Wars saw Vieste pay hard, and many were historical events along the Adriatic coast overlooking it.

But coming to more modern times we see the town flourish, developing an economy based on agriculture and livestock. Moreover, thanks to tourism development started since the 60s, has become renowned town full of accommodation facilities ... 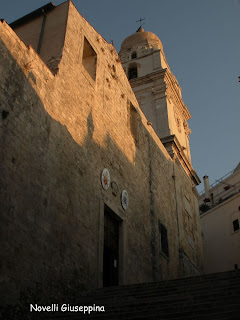 Of Apulian-Romanesque style, is flanked by a bell tower of the Baroque style, due to a subsequent reconstruction after the fall of 1772.

The original structure dates back to centuries. XI, but the Church shows signs of continuous reconstructions made over the centuries.

The interior has a nave and two aisles separated by two rows of columns. The nave was covered in 1750 by the will of Bishop Cimaglia, by a wooden ceiling painting in tempera and three large paintings of the Neapolitan school.

Dedicated to the Assumption, is venerated wooden statue of St. Maria di Merino, which is located in the Chapel of the Annunciation. It was elevated to Basilica with Papal Bull on February 12, 1981 by Pope John Paul II.

It 's a fortified triangular complex ; to the east, west and north  it presents  pentagonal bastions, while to the south there are not defensive structures because this side is perched on a cliff of limestone cliffs overlooking the sea.

The door is in the south-east, in the past they were accessed through a drawbridge.

The interior consists of a few buildings around a courtyard triangle, and in the south-east there is the Church of the Annunciation and the residence of the castellan.

It was damaged several times by the raids of the Venetians and in World War I, as well as by the earthquakes around the year 1646.

He went out of use in 1840. Today it is home to a branch of the Italian Navy.
THE CHURCH AND CONVENT OF ST FRANCESCO 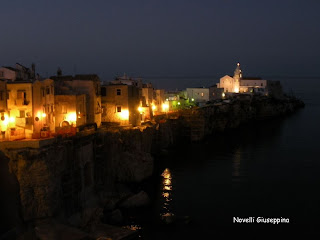 The Church of St. Francesco and the convent are on the east of the center: the complex was founded in 1438 and initially was ruled by the Poor Clares under the title of S. Catherine of Alexandria. In 1480 it was destroyed by the islamic Achmet Pasha, rais in the service of Mohammed II.

Dates back to around 1546 the settlement of the Conventual Fathers Minor.

Between the sixteenth and the seventeenth century, the convent was incorporated into a stronghold to the north and south-east and became first parade, and after the sale, prison.

The church consists of a single nave with a wooden beamed ceiling painted and closed by a quadrangular apse vaulted.

Along the nave there are six chapels, two of which are painted and gilded wooden altars and paintings from the eighteenth century. 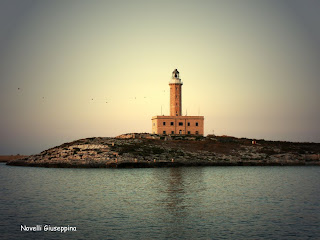 Built on the rock of St. Eufemia, the lighthouse has been active since 1868. The rock was the site of a shrine dedicated to Venus Sosandra in the classical age, shrine, which became a place of Christian worship. The inner walls of the complex are engraved with sacred symbols and sailors, votive inscriptions and celebratory. 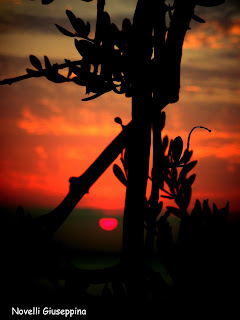 
In Vieste and around the rock formations are delineated on the sea here and there in the form of caves, arches, caves ... with olive trees overlooking the coast like ancient sentinels. And this is the most striking feature of the landscape to the eye of the visitor

According to the castle on the beach, south of the town, stands a monolith, about 25 meters high called PIZZOMUNNO which is the symbol of Vieste. 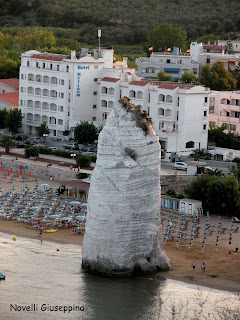 It is said that before Vieste became a town existed in those places a village of fishermen's huts.

Here lived a tall, strong boy named PIZZOMUNNO and a girl with long blond hair named Cristalda. The two young loved each other and were inseparable.

Every day, when Pizzomunno went with his boat in the sea to fish, mermaids went up to the surface , enchanted by the smile of the young. They sang sweet melodies for him.

The marmaids proposed more than once to Pizzomunno to be their king and lover; in exchange he would have immortality.

But the young man refused, so great was his love for Cristalda.

One evening the two young people were waiting for the night on the island off the coast and the mermaids, seeing themwere blinded by jealousy so  they attacked Cristalda and dragged her into the depths of the sea. Pizzomunno tried in vain to save her.

The next morning the fishermen found on the beach that white rock which according to legend is the same Pizzomunno petrified with grief.

The legend tells that Cristalda goes back a hundred years from the seabed to relive with Pizzomunno one night their old love. 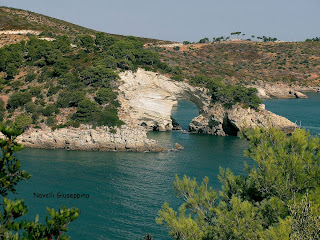 The Architiello, rock arch carved by erosion is going  from Vieste to Mattinata towards the south of Vieste.

The marine CAVES be observed externally and sometimes internally through guided tours: we find along the coast Cave smashed, two eyes, the Cave Round of Bats, the Serpent, the Purple and Emerald.

Even the Tremiti Islands are accessible by ferry from Vieste.

The Umbra Forest, inland, is a pleasant place of green to stay in the hottest days.
Pubblicato da Novelli Giusy a 11:36 Nessun commento: